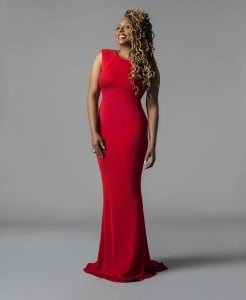 Ledisi Anibade Young is real and raw — revered as a down-to-earth sister born in New Orleans and bred in Oakland where musical roots run deep. What’s so cool about Ledisi is that she so willingly shares her “truth,” singing her heart out to reveal the same struggles and triumphs that resonate with everyday people.

That’s why “Ledheads” in a celebratory spirit have been lining blocks around venues from coast to coast to see the sultry singer perform a mix of favorites and new songs as she promotes her new CD, The Truth. They are also anticipating her national tour with Robert Glasper, which kicks off next week in Jacksonville, Fla.

But these events aren’t all about the music. They’re about change and conquering challenges and celebrating life. At each one, the 42-year-old steps on stage glowing after a profound weight loss, with lustrous dreadlocks and a new lease on life. She comes across as more than a singer — part motivational speaker and all sister-friend, laughing, teasing and encouraging everyone to be a better person.

“A lot of people think that I changed my outside for my album,” Ledisi said. “I did not do it for my album; it was already done. I had two more songs to finish.”

“I was in a relationship for a very long time, and I knew it was time to let this go,” she explained. “So when I left that relationship, I started to think about why do I do the things I do — like emotional eating — and why do I always try to save everybody else and not make time for me. So I decided it is time for me to focus on me.”

As part of her “me” time, she mastered new moves with other curvy sisters in choreographer Brandee Evans’ dance class, Hip Hop in Heels — sometimes wearing 7-inch stilettos. “I’m taking this class and I’m losing weight, and it built my confidence,” Ledisi said excitedly. “It forces you to look in the mirror and embrace yourself.”

“I also got a nutritionist to help me identify my issues with food,” she added. “I could eventually feel the results; even in my skin from the water intake. Additionally, I began juicing for the first time. I did a lot of different things that I normally would never do.”

According to the U.S. Department of Health and Human Services, African-American women have the highest rates of being overweight or obese compared to other groups in the United States. In fact, about four out of five black women are overweight or obese.

Ledisi, who has dropped four dress sizes, says she’s yo-yoed back and forth especially when she’s busy on the road and working. But she has remained steadfast with eating healthy and exercising. She reminds sisters that the battle can be won.

“Once you identify the problem you can fix it, and that’s what I did,” Ledisi said in an interview with Fierce. “Losing weight is not about dieting. It’s about a focus with your mindset, and you must be accountable for your feelings.”

“For emotional eating, my advice is to find out what are you craving — and substitute it with something else that has a similar taste. For example if you want sugar, get an apple or an orange; or make your own juice with ice and fresh fruit in a blender.”

“Often as women, we cater to everybody else and we forget about ourselves because we can do so much. You have to take care of you first, and it starts with the inside. It’s all about educating yourself and what works for your body.” 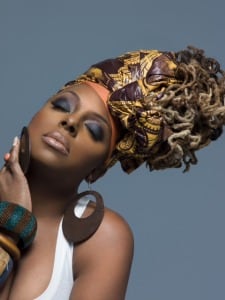 “I try to let my hair be free as much as I can,” says Ledisi, who’s worn locs for 13 years. (Verve Music Group)

From music to relationships, from health and fitness to hair, the eight time-Grammy nominee finds power in it all. “I’ve had my locs for more than 13 years; there are days I want to cut them,” Ledisi said laughing. “Since I don’t press my hair, I use lotions and oils on my locs. The longer my locs, the thicker they get.”

“My hair to me is not as deep as it should be, I guess, but it’s an accessory and an expression of how I feel. I try to let my hair be free as much as I can.”

“Some days I wear them straight; sometimes wild,” said Ledisi who often whips them around in circular motions at concerts. Her locs flowed down her back at a recent CD release party, packed table to table and wall to wall at the Hard Rock Café in downtown Washington. At a Lexus Verses and Flow music and poetry event in D.C. last week, she wore her locs piled high on her head, regally towering toward the sky.

“I like her music and style,” said Ledisi fan Wendy Copeland. “I think she’s fierce by the way she carries herself, and I love her powerful voice.”

Sonya Bishop commented on Ledisi’s weight loss as the singer strutted across the Hard Rock stage in a black tuxedo-style jacket and black lace shorts. “She came up here, and she’s getting her grown woman on,” Bishop said. “She looks like she feels sexy.”

“The stories she tells, and how she orchestrates that in her songs, just blow everyone away,” Bishop added. “That’s why this place is so packed as it is. Ledisi has arrived, and it’s her time.”

Ledisi encouraged women to focus on self-love and the value of sisterhood. “Ladies, we need to support each other much more than we are right now,” the vocalist told her old-school and new-school fans. “We are a mirror to one another.”

At Verses and Flow, she also discussed the power of dreams and believing in yourself even when others don’t. She learned to believe in herself when others told her that she was unattractive or that she wouldn’t make it. But music was in her DNA. Influenced by her mother, who was also a singer, Ledisi performed with the New Orleans Symphony Orchestra at the age of 8. After her family moved to Oakland, she delved deeper into music.

Earlier in her career, she sold her music through a collaboration on LeSun Records, an independent record label that blends Ledisi’s and Sundra Manning’s names. After being turned down by various major labels, she began recording full blast for Universal’s Verve Music Group in 2007. What she likes about Verve is that the label lets Ledisi be Ledisi — and she wouldn’t have it any other way.

Ledisi says that she’s still on her grind and that she will always be committed to uplifting people through her music. “I know what my calling is.”

She co-wrote most of the songs on The Truth, her seventh CD. It has fewer ballads than her other CDs and no sad songs. “I wanted to celebrate the art of letting go nicely,” she explains. The 10 tracks include “Lose Control,” “88 Boxes” and the hit single “I Blame You.”

She says that she’s using the word “blame” in a good way — blaming a special someone for her glow: “So when they ask me why I’m smiling like a fool I blame you!”

While she won’t go into details or name names about the one she let go or the one she’s holding onto, she tells someone on her CD liner notes that “because you are YOU. I am a better Woman. You are so stuck with me. lol! You are my Air!”

The real truth, Ledisi says, is that “I changed my life.”

“I’ve always felt great about myself, but this time I’ve gone to a new level.”

Kim Betton is the editorial director/publisher of SmoothJazzTimes.com. She is also a broadcast journalist and freelance writer. 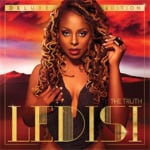 Here are selected stops on The Truth Tour with Ledisi and the Robert Glasper Experiment. Click here for more dates and tickets. 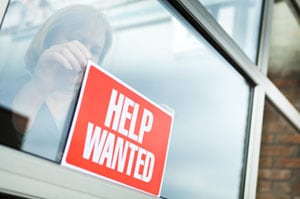 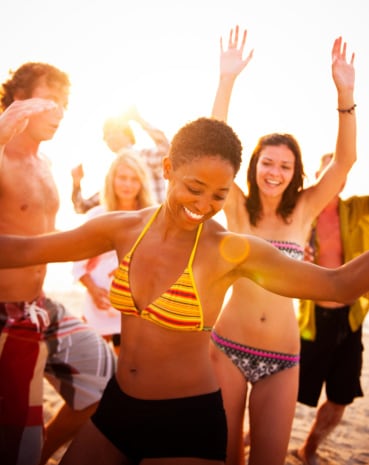 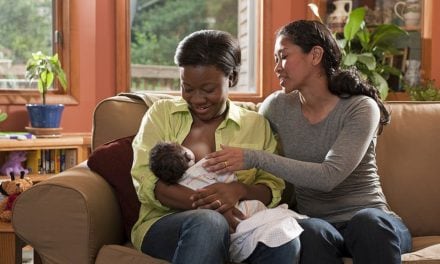