One of the great promises of the Affordable Care Act (ACA) is that all women over 40 are guaranteed free annual mammograms as part of their “well woman” physical.

The benefit works just fine for most women, but getting coverage is proving to be a problem for the women who need it most — those with the highest risk of breast cancer. And the solutions to the problem are as foggy as an X-ray of dense breast tissue. Whether or not your mammogram is free depends on the policies and generosity of the physician who ordered the test, the provider, and the insurance company.

The Affordable Care Act promises that all women over 40 are guaranteed free annual mammograms as part of their “well woman” physical, but there’s a loophole. (Rhoda Baer/NIH-Public Domain)

Claire Schuster*, a New York City–based businesswoman, for instance, was shocked to get a bill for more than $840 this spring for what she thought was her routine annual mammogram, eight-and-a-half years after finishing treatment for Stage II breast cancer. It took her nearly two days of phone calls to her OB-GYN, the hospital radiologist, three different people in the hospital billing office, and her insurance company to get an explanation and, ultimately, after fighting back, a discount. But her mammogram still was not free.

“The law does move the ball forward in terms of prevention,” says Mona Shah, associate director of federal relations for the American Cancer Society Cancer Action Network. “But there are some loopholes.”

If the loopholes dissuade high-risk women from getting screenings because they fear the cost, it would be a particular danger for black women, who are more likely than any other ethnic or racial group to lose their lives to breast cancer.

The mortality rate for African-American women is 30.8 cases for each 100,000 people, compared with 22.7 for non-Hispanic whites (the second-highest category) and about double the rate for other groups.

Cutting through the Confusion

There are two basic types of mammograms: preventive and diagnostic. Women with no symptoms (such as a lump) and no personal or family history of breast cancer qualify for a free, preventive “well woman” screening, under the ACA. They should not be charged any co-payment, co-insurance, deductible, or other cost sharing.

But here’s the loophole: Mammograms that are defined as “diagnostic” are fully billable to patients, meaning women with the highest risk are those most likely to be asked to pay. A mammogram is considered diagnostic when a woman is undergoing treatment for breast cancer.

The confusion occurs for women who are in the murky middle — after they have completed a course of treatment for breast cancer and no longer have any symptoms.

“After that, your mammogram can go back to the standard, well-woman label,” explained Linda Goler Blount, M.P.H., president and CEO of the Black Women’s Health Imperative. However, that decision is totally up to the provider and insurer.

But how long after having breast cancer should these women be required to pay? In some cases, a woman may even be charged if a mammogram detects anything suspicious, follow-up tests, such as ultrasound, are also labeled diagnostic.

“Your provider may say, at five years out since your diagnosis, ‘I’m still going to continue to do diagnostic mammograms to be on the safe side,’” Blount continues. “The important thing for women to know is that if the provider codes a mammogram as diagnostic, the insurer still has the option of saying there’s no co-pay.”

But both parties could just as easily maintain the diagnostic label. Depending on the physician, a woman’s mammogram could be labeled “diagnostic” for just a few years or a lifetime.

Some doctors may even label a mammogram “diagnostic” if a woman just has a family history of breast cancer, but no personal history of the disease. “We’ve been hearing that women with dense breasts have been labeled high-risk,” Shah says. Dense (firm) breasts are harder to read on a mammogram and common in young women.

The policies vary from insurer to insurer, hospital to hospital, and state to state. No one seems to have statistics as to how often mammograms are coded in the various ways or which insurance companies or providers tend to be more generous.

Cigna, for instance, will cover future mammograms as preventive after a woman finds a benign lump. “If she is diagnosed with breast cancer, however, future screenings would be covered under her medical benefits as diagnostic,” says Christina Stasiuk, M.D., a senior medical director at the insurer and a doctor of osteopathic medicine.

By contrast, New York-Presbyterian Hospital reportedly has changed its policy, effective next year, so that if a woman has been cancer-free for two years, her future mammograms will automatically be re-labeled as preventive.

The difference in coding may seem like mere semantics, but it can mean hundreds or thousands of dollars in charges to the patient, depending on the deductible and co-payment rates of her insurance plan. Typically, she will have to pay her full deductible before her insurance will kick in a penny.

Shah says that her advocacy group is asking the federal Department of Health and Human Services to “send clarifying guidance to health insurers” urging that these mammograms should be coded as preventive for higher-risk women.

Meanwhile, women can try to negotiate with their providers, doctors and insurers. Try these approaches:

● Make your case.  If your insurer refuses coverage, cite a U.S. Preventive Service Task Force recommendation that certain services must be “without cost sharing” for high-risk populations. The policy is explained on this Task Force page. When it comes to breast cancer, all black women are a high-risk population, so you are well within your rights.

● Request assistance. Contact the National Breast and Cervical Cancer Early Detection Program. They help cover the costs of a mammogram for low-income women.

● Make an appeal. Some hospitals allow patients to ask for a test or treatment to be covered through a “charity care allowance.” The charge is then based on your ability to pay.

● Don’t sell yourself short. One tactic that is definitely not recommended is to switch doctors and then falsely claim that you never had breast cancer, just to get a free mammogram. “The continuum of care is so important,” says Valerie Rochester, director of programs at the Black Women’s Health Imperative.

In any case, Blount urges women not to let the confusion or even the potential cost deter them from necessary mammograms. “The earlier we can detect something like breast cancer,” she points out, “the greater the chance we have of surviving it.”

*Not her real name.

Fran Hawthorne is an award-winning journalist and author in Brooklyn, N. Y. 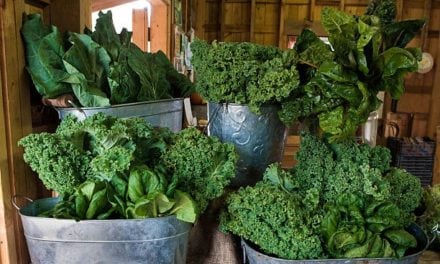 How to Eat Organic Within Your Budget