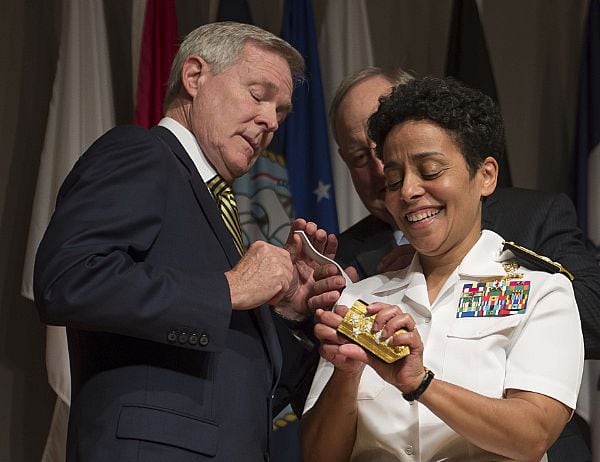 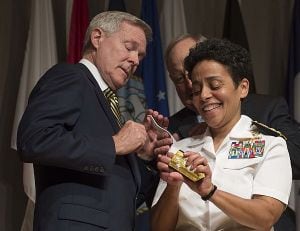 Michelle Howard is the first woman to be promoted to the rank of admiral in the history of the U.S. Navy. Secretary of the Navy Ray Mabus assists in placing four-star shoulder boards on her service white uniform. (Photo: Peter D. Lawlor/U.S. Navy)

Adm. Michelle Howard is the first woman and African American in the history of the U.S. Navy to be promoted to four-star admiral and vice chief of naval operations, the Navy’s No. 2 spot.

Howard noted the symbolism of her promotion ceremony coinciding with the nation’s celebration of its independence as she paid tribute to sailors and marines.

“With every mission they demonstrate our core values — values our founders would have understood: courage, honor and commitment,” Howard said. “It has been my privilege to command and serve with them.”

… In 1999 she became the first African American-woman to command a Naval ship, the amphibious dock landing ship USS Rushmore. Howard was also the first African-American woman in any branch of the military to reach three stars. In the past she’s been deployed to Indonesia for tsunami relief efforts, participated in Maritime security operations in the North Arabian Gulf, and served as commander of a Counter-Piracy Taskforce where — three days into the job — she spearheaded the rescue of Captain Richard Phillips from Somali pirates.

Navy Secretary Ray Mabus conferred the rank of admiral on Howard by placing four-star shoulder boards on her service white uniform. Howard is “a great example of how much we as a nation and a Navy lose if we put artificial barriers in. If we don’t judge people based on their ability, based on their capability,” said Mabus in a Washington Post article:

“I hope I have always been passionate about that, but I know the intensity has increased since I am the father of three daughters, and I refuse to believe that there are any ceilings for them, glass or otherwise. That they can get to wherever their abilities can take them. And with that, they and countless others in the Navy now have a wonderful role model in Michelle Howard.”

With that said, Mabus added that “there is no news here today,” because the Navy picked the best officer, Howard, for her new job. 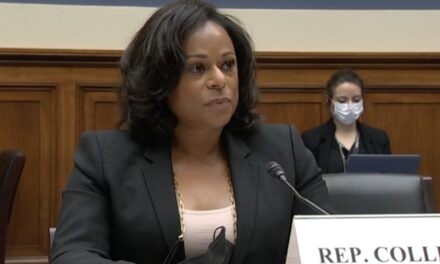 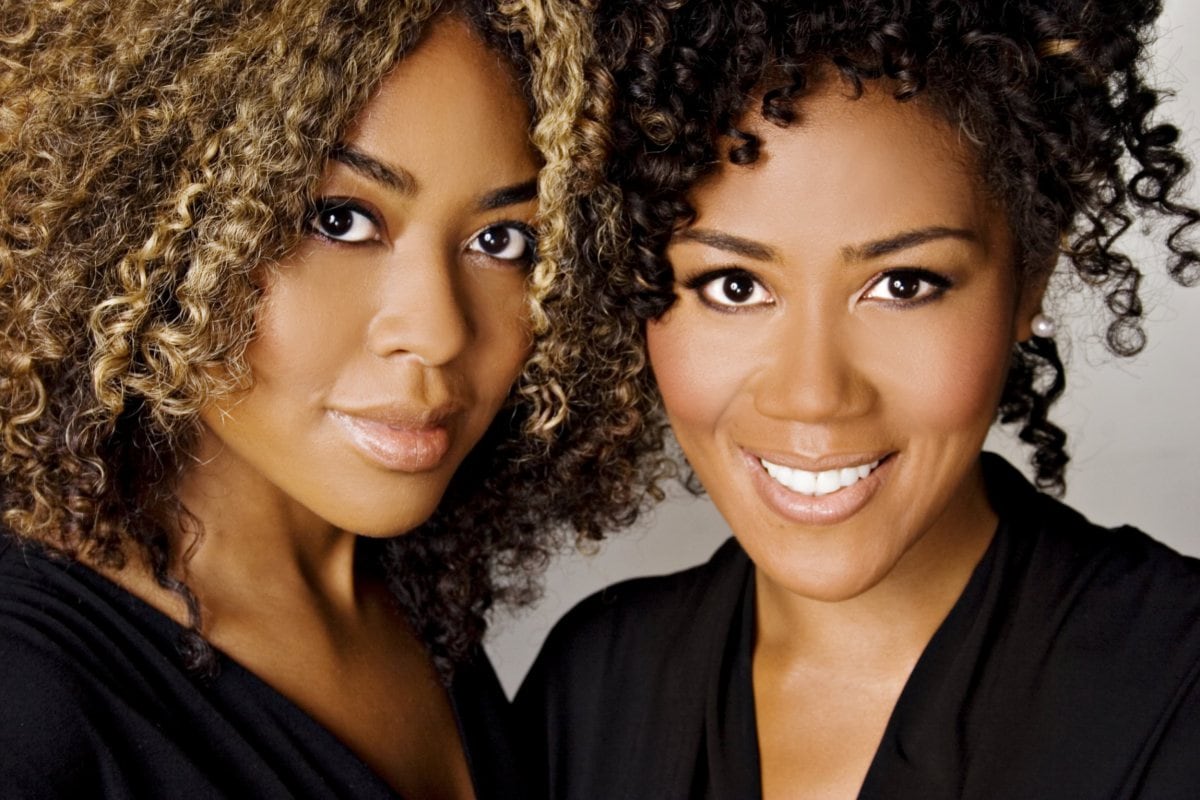 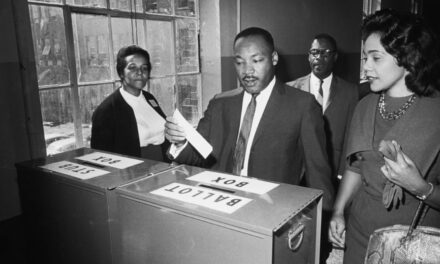