People traveled from as far away as Alaska to gather outside U.S. Supreme Court this morning to support Judge Ketanji Brown Jackson who faced her first day of confirmation hearings as President Biden’s nominee to become the first Black woman to sit on the high court.

At today’s hearing, Jackson and the senators made their opening statements establishing the arguments for and against her confirmation. Jackson will then answer questions on Tuesday and Wednesday, and witnesses will testify on Thursday.

“Not a single justice has been a Black woman,” Durbin said. “You, Judge Jackson, can be the first.”

“It’s not easy being the first,” he noted. “Many are not prepared to face that kind of heat, that kind of scrutiny, that ordeal and the glare of the national spotlight.”

As the sun shone down on her supporters gathered on the sidewalk in front of the Supreme Court, they gave their own arguments in favor of the confirmation. Crowd members chanted “Confirm KBJ” and “This is what democracy looks like” during a rally hosted by organizations such as the National Women’s Law Center Action Fund, She Will Rise and the Black Women’s Roundtable to showcase their support and push for the Senate to confirm Jackson.

Those who spoke at the rally included representatives from Delta Sigma Theta Sorority Inc., Zeta Phi Beta Sorority Inc., the National Coalition of 100 Black Women, We Testify, the Center for Disability Rights and Action N.C. The mood was upbeat and soulful. At one point, the crowd sang the Black national anthem, “Lift Every Voice and Sing.”

Speaking on the potential “scrutiny” that Durbin referenced in his speech, Connie Day McClinton, the D.C. coordinator for Zeta Phi Beta, emphasized that Jackson’s journey will not be easy.

Mariko Bennett, president of the D.C. chapter of the National Coalition of 100 Black Women, spoke on behalf of her parent organization’s support of Jackson’s confirmation.

“We are here to say we are done watching these leaders play games with our lives and the careers of Black women,” Bennett began. “When we work together, we elect a Black vice president. So now is our time to come together again and make history once again. And this time ‘HIStory’ is ‘HER story,’ and her name is Judge Ketanji Brown Jackson.” 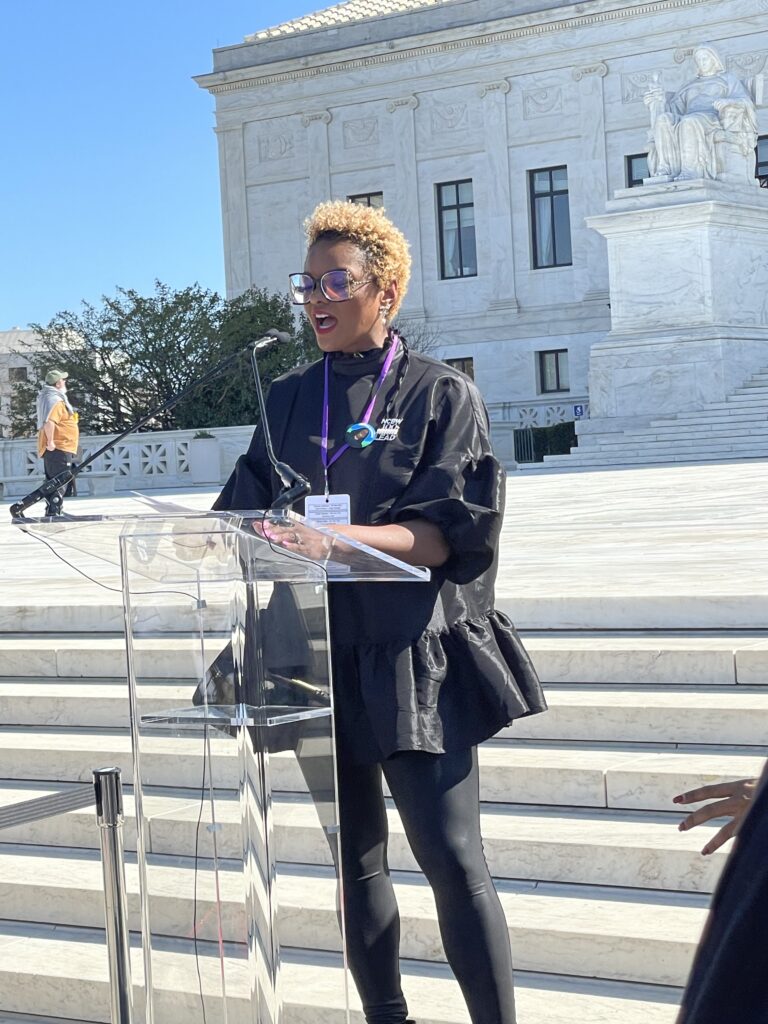 Mariko Bennett, president of the D.C. chapter of the National Coalition of 100 Black Women speaking during the rally for Judge Jackson. (Photo: Nyah Marshall/HUNS)

Like Bennett, Dara Baldwin, the director of national policy for the Center for Disability Rights, referenced the influential role Black women had in the 2020 election. In fact,  91% of Black women voted for Joe Biden, who fulfilled one of his campaign promises of nominating a Black woman to the Supreme Court.

“Black women aren’t playing about this confirmation, and we will be here as we always have,” Baldwin said. “Ninety-three percent of Black people put you Democrats in office, and you aren’t even giving us 25%. We want more.”

The Supreme Court’s stance on abortion has been a startling and contentious one for many Americans. The court voted 5 to 4 to allow a controversial Texas ban on most abortions and, by end of the term, will rule on a restrictive Mississippi law that would violate the precedents set by Roe v. Wade.

If nominated, Jackson’s stance on abortion would have a substantial impact on the majority’s stance on future conservative laws that could overturn Roe v. Wade. Her past positions on cases involving reproductive health protections are regarded highly by pro-choice advocates. For instance, in 2001, Jackson was listed on an amicus brief filed by several pro-choice advocacy groups in support of a Massachusetts law that established “a floating six-foot buffer zone around pedestrians and motor vehicles as they approach reproductive health care facilities.”

“Black women aren’t playing about this confirmation, and we will be here as we always have.” — Dara Baldwin, Center for Disability Rights

Renee Bracey Sherman, the founder and director of We Testify, an organization dedicated to the representation of people who have abortions, cited this amicus brief in her speech.

“Judge Jackson knows that not only is the right to an abortion settled law and protected by the Constitution, but that must include access to abortion clinics, free from violence and this harassment,” Sherman said. “We deserve a Supreme Court justice who isn’t afraid to protect our ability to walk safely into an abortion clinic.”

While Jackson will likely be asked on Tuesday for her views on topics like abortion, recent nominees have typically been unwilling to comment on issues that might come before the court. However, what is certain is that she will have the support of many behind her as she goes through the rest of the confirmation process this week.

In her closing statement today, Jackson said, “Thank you for this historic chance to join the highest court, to work with brilliant colleagues, to inspire future generations and to ensure liberty and justice for all.”

Nyah Marshall is a reporter and regional bureau chief for HUNewsService.com. 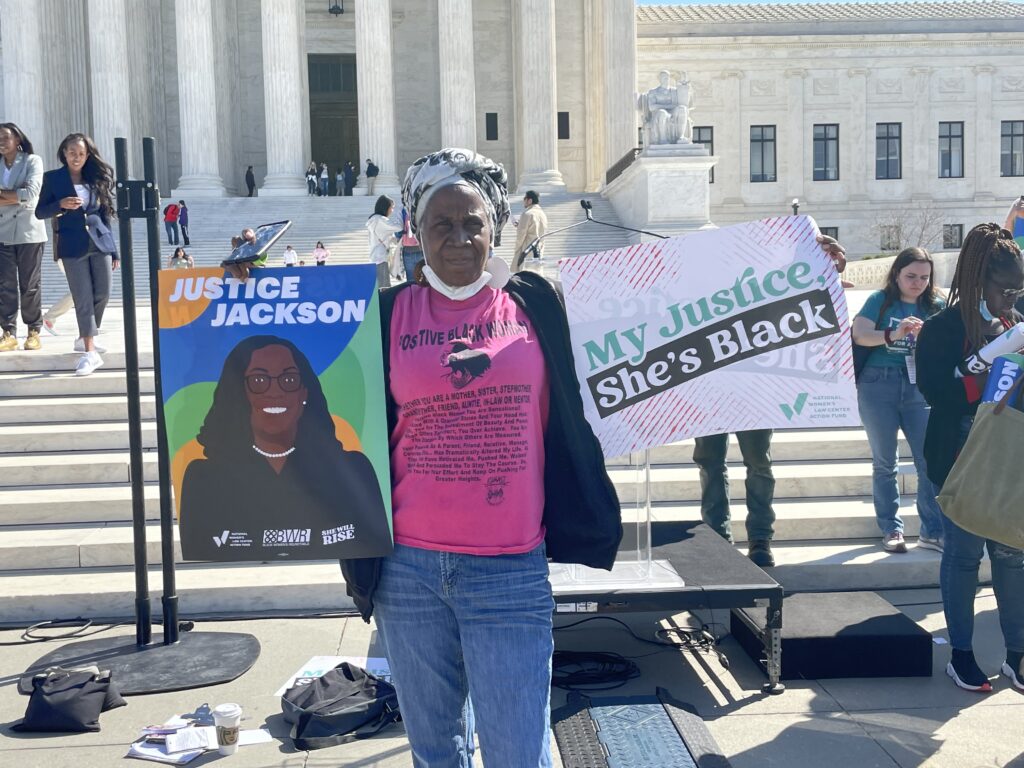