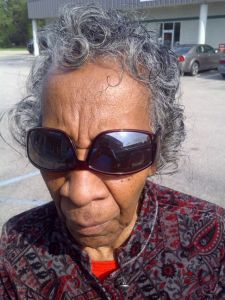 The shades make it onto Alice Shurn’s face — but upside down.

He found a circle of support that includes a cousin, a few friends from Michigan, a neighbor and nearby Howard colleagues. “They can provide relief in a pinch,” he said.

Shurn also discovered an adult day care center around the corner that he and his mother love. A bus picked her up and returned her home with an aide until he got off work. The arrangement was great — until his mother was kicked off the bus. She began having outbursts, refusing to get on or off the bus.

Classes and meetings on campus made it difficult to drop her off at the center at 10 a.m. and pick her up by 2 p.m. It became easier to just have the aide come to the house while he was at work.

The outbursts continued at home with screaming and loud, guttural sounds. She would empty out her closet onto the bed. Once she accidentally locked herself in the bedroom. Another time, her son opened the door to find her standing and “waving poop” at him. “There are a lot of those moments,” says Shurn, who learned to watch his mother like a hawk.

“It’s an exercise in being flexible, because you can’t have any set norm,” he says of caregiving. “Her condition is constantly changing so you have to change with it.”

Another change was setting regular bathroom breaks. “No matter how I feel, no matter what, every three hours I have to take her to the bathroom or I’m cleaning a mess. I’d love to just sleep through the night.” 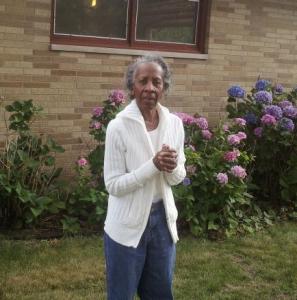 Alice Shurn outside her home in Benton Harbor, Mich., in May 2013. (Photos courtesy of Todd Shurn)

Shurn admits to having cursed out of frustration — a temporary release valve that has made him feel more guilt than relief. What he feels more often is blessed to have spent his 53 years with his mother. He also finds joy in seeing her light up on their frequent trips to the family home in Benton Harbor and especially the summers there.

“The Lord lets her live for my benefit,” Shurn says. “I appreciate that every day and every experience that we have.”

“Even now, she has a great sense of humor,” he adds. “She cracks jokes. It’s a blessing.”

He likens these moments to a 40-year-old baseball pitcher who suddenly “throws a fast ball right down the middle,” or Muhammad Ali’s last fight when a few punches reminded his opponent that he still had the power to knock him onto the canvas.

“Although her state is much worse, there are times when she still can be crystal clear. She can get something out, and it’s like right on point, right in the moment. And you’re like, ‘Where did that come from?’”

“She understands, but she’s not able to respond like she used to,” he says turning toward her. “You do understand. Don’t you Mother?” She smiles and nods.

To keep her mind as sharp as possible and avoid lethargy, he encourages her gerontologist at Johns Hopkins to keep her medication to a minimum. “My thing is, can we do this with asparagus?”

“Essentially, my mother is healthy, so I don’t want to kill her with drugs,” he says. “She’s only taking the anti-depressant Serlin,” along with vitamins, potassium and other supplements. Shurn provides balanced meals with lots of fruits and vegetables.

Despite the ups and downs and surprises, Todd Shurn displays the resilience and dedication that Cathy B. Scott has seen in her research and years of work with many African-American caregivers dealing with Alzheimer’s disease and other forms of dementia.

“African-American families care for their loved ones in the home at a much higher rate than Caucasian or other racial or ethnic groups,” says Scott, an assistant professor of social work at the University of Tennessee in Knoxville. “Long-term outside of the home or outside of their community was the last resort.”

Sixty-five percent African Americans are more likely to be primary caregivers compared to Latinos (63 percent), whites (53 percent) or Asian Americans (48 percent), according to the study by the National Alliance for Caregiving and AARP. 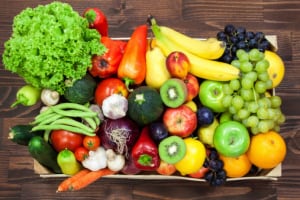 Feeding is one of many things on a caregiver’s to-do list. (Photo: Gordana Jovanovic)

They are also more involved in helping with three or more activities of daily living (ADLs), such as bathing, dressing or feeding, the study found. And they take on more responsibilities such as grocery shopping, managing finances and giving medication.

While many black families have less access to resources, Scott says, they have stronger kinship networks among family, friends and church members to offer comfort, prayer or a helping hand to help ease stress. Besides support and respite care, a major factor in reducing burnout is education, she adds.

“The more knowledge that a caregiver has about the disease process, the lower their caregiver burden,” explains Scott, whose findings have been published in the Journal of Human Behavior in the Environment. “They’re understanding what they’re facing. They have an idea about what’s coming.”

Knowledge and time has made a difference for Shurn as his mother’s primary caregiver.

“I’m more confident now that I can take care of her than I was when she was in better condition.”

Also see, “Where to Turn: Resources for Dementia Caregivers” at the end of this article. 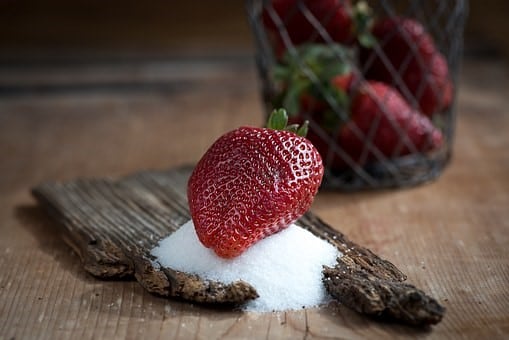 Health News: Food and Your Mood; Why You Still Need Mammograms 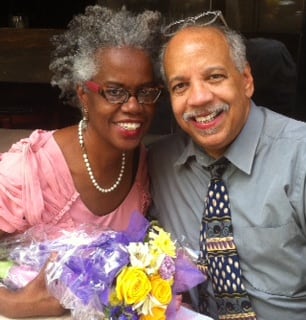