1. You — The Black Woman Voter — for #BlackGirlMagic at the Polls! 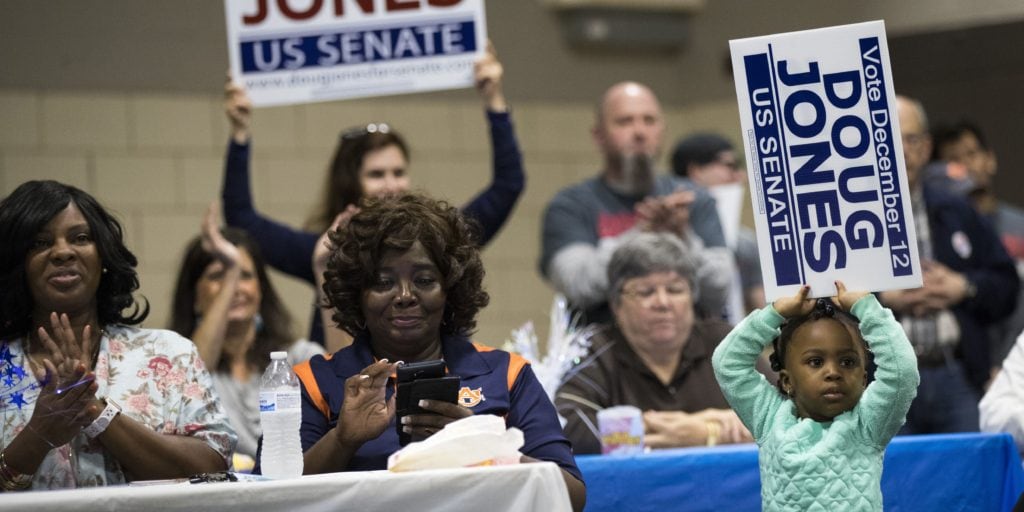 The Black Woman Voter is one of the fiercest sisters of 2017 and made the difference in elections around the country. (Photo: Doug Jones for U.S. Senate)

The exit polls coming out of Alabama’s Senate race revealed a stunner: Democrat Doug Jones was being lifted to victory in large part by black women, whose nearly unanimous 98 percent showing clearly caught the pundits off guard.

Everybody else may have been shocked, but the sisters were not.

Throughout the year, we’d organized, canvassed, plotted, planned. We signed up to run for political office, or to support a sister candidate, all beneath the radar of analysts and strategists who were too fascinated by political developments on the far right to pay close attention to what we were doing. We applauded Reps. Maxine Waters and Fredericka Wilson for standing up to President Donald Trump. We cheered Sen. Kamala Harris for her tough questioning in the Russian corruption probe, and wondered out loud whether she’ll run for president in 2020.

Come election time, we networked our churches, community groups and sororities, and went to the polls in big numbers. Once in those voting booths, the sisters shunned write-ins and came down hard for the Democrat, the sister on the ballot, or both — not just in Alabama, but also in the Virginia governor’s race and in mayoral races in Atlanta, Charlotte and New Orleans.

That is what makes The Black Woman Voter one of the fiercest sisters of 2017. 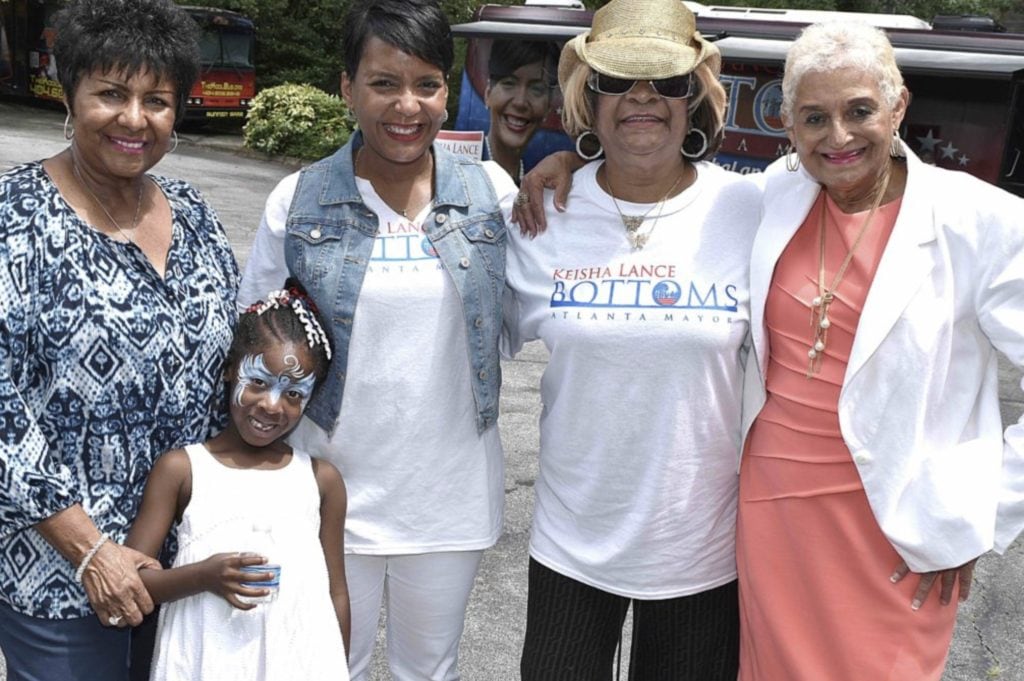 “For all the little girls out there, who need somebody to believe that you’re better than your circumstances, I want you all to remember that Black Girl Magic is real,” said Keisha Lance Bottoms, second from left, after winning the mayoral election in Atlanta. (Photo: Keisha Lance Bottoms for Mayor)

“There are moments when we all have to decide to vote,” said Anana Harris Parris, founder of SisterCARE Alliance, an Atlanta self-care advocacy group. “We may be confused by political games, a number of things that can confuse us. But we’re never confused when we are aligned with our purpose.”

Parris uttered those words earlier this month on the steps of Atlanta’s City Hall at a rally in support of Councilwoman Keisha Lance Bottoms, whose campaign was born from gatherings with trusted sisterfriends around her kitchen table. While Bottoms’ opponents questioned her finances and denigrated her as a puppet of departing Mayor Kasim Reed, celebrities embraced her candidacy under the #IStandWithKeisha hashtag and imaginations danced across social media at the idea of a mayor named Keisha. Elsewhere in the South, voters decisively chose LaToya Cantrell as the first woman mayor of New Orleans, and Viola Lyles as Charlotte’s first black woman mayor.

Expect to see more fierceness from black women voters in 2018, which also builds on the surges from 2008, 2012 and 2016. Brookings Institution analyst Andre Perry points out with these tables which majority black cities have the potential to make a difference in Senate races next year and in 2020. In some of those areas, black women outnumber black men among voting populations, below.

Here’s a sampling of the 1,200 majority-black cities where women outnumber men and could make a difference in 2018 and 2020 Senate races. (Source: Brookings Analysis of 2015 five-year estimates from the American Community Survey)

The advocacy group Higher Heights for America is already at work identifying black women candidates and building support for issues that matter to us. Blogger Luvvie Ajaye teamed up with three other sisters and began keeping a list of sisters who are on the ballot next year. “I just wanted to make sure that, at the minimum, people realize that black women are out here, running,” Ajaye said.

One person who is well aware of this reality on both sides of the voting booth: Tom Perez, chair of the Democratic National Committee.

The morning after Jones defeated Republican Roy Moore in Alabama, Perez took to Twitter and gave black women full credit for that victory and the election of Democrat Ralph Northam as governor of Virginia.

“Black women are the backbone of the Democratic Party,” Perez tweeted,” and we can’t take that for granted. Period.”

ICYMI! ADD YOUR NAME: Thank the Black Women of Alabama! THANK YOU for voting to continue to move the nation forward & stop the rollbacks of the last 50 years of progress. Add your name here to show you appreciation! https://t.co/LBFAj5BL7C #BlackWomenLead pic.twitter.com/EnAqpkJSoK